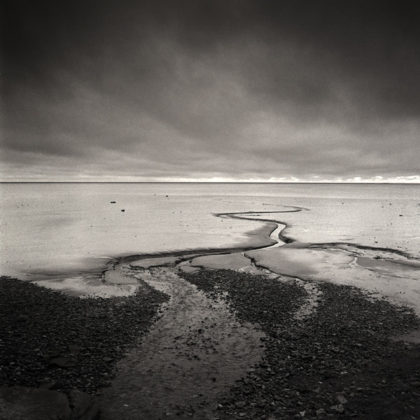 Bill Schwab is an American photographer known for his emotionally charged yet peaceful urban and natural landscapes.

Bill Schwab’s career as a photographer and publisher now spans over 3 decades with work in many private, corporate and museum collections around the world. He has been a pioneer in the area of online representation and branding of his photographic art having successfully managed a worldwide collector base for many years as well as consulted with other artists and galleries on the subject. In addition to his work as a photographer, through his North Light Photographic Workshops, he facilitates classes in several photographic process a year at his northern Michigan facility as well as leads expeditions of photographers to Iceland, the Faroe Islands and more. Bill is also founder and host of the “Photostock Festival”, an annual gathering of photographers, collectors and enthusiasts for workshops, reviews, presentations and demos.

In 2005 he founded North Light Press with the intention of independently supporting and publishing the work of emerging as well as established photographers and has published several successful titles to date. Recently launched under his North Light Press label is a new series titled the “11+1 Signature Series”, a series of small run, limited edition books that contain 11 reproductions and 1 original print. Each case bound book is signed and numbered by the photographer in an edition of only 100. There are now 10 books in this series that is continually growing and includes titles from past Critical Mass, Top 50 photographers, S. Gayle Stevens, Clay Lipsky and Anne Berry among others.