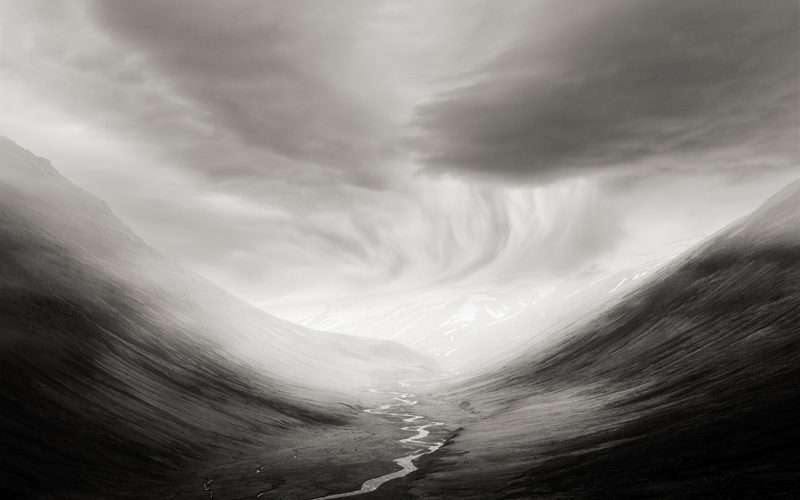 Jeffrey Conley is a fine art landscape photographer well known for his meticulously crafted monochromatic prints utilizing traditional darkroom processes of gelatin silver and hand-coated platinum/ palladium. Conley’s work has been internationally exhibited and is included in museum collections worldwide. In 2011, his first monograph, Winter, was published by Nazraeli Press. A second monograph, Reverence, focusing on Conley’s use of the platinum &amp; palladium process, was published by Nazraeli Press in 2018. Platinum/ palladium prints are characterized by an exceptionally long and delicate range of velvety tones and a warm image color. They are considered among the most permanent of photographic printmaking processes due to the profound stability of the platinum group of noble metals of which the image is constituted.

Through his photography, Conley strives for a balanced simplicity that evokes a sense of wonder and reverence for the natural world. Scale and palette vary, from small, intimate and subtle, to large, grand and dramatic. In all, he seeks to capture a meditative spirit that is unique in his approach to landscape photography. In the end, he painstakingly strives to create beautifully luminous individually crafted prints.

Originally from New York State, Jeffrey received a BFA in Photographic Studies at Rochester Institute of Technology. In 1991 he moved to Yosemite National Park in California’s majestic Sierra Nevada Mountains. There he explored the Sierra, photographed extensively, and taught photography at The Ansel Adams Gallery. He now lives in the Willamette Valley of Oregon with his wife and daughter.